You will be accompanied by guide during your trip. Guide meets you at the airport and takes you on your return flight.

Transfer and
accommodation
(in all cities)
Food (arrival day
and throughout
the route)
Excursions,
museum tickets,
guide
Technical costs and
charges related to toll
roads and parking
Insurance
Guard and mechanic
Give yourself an unforgettable adventure!
And we will make sure that it goes perfectly
Book now
Ask a Question 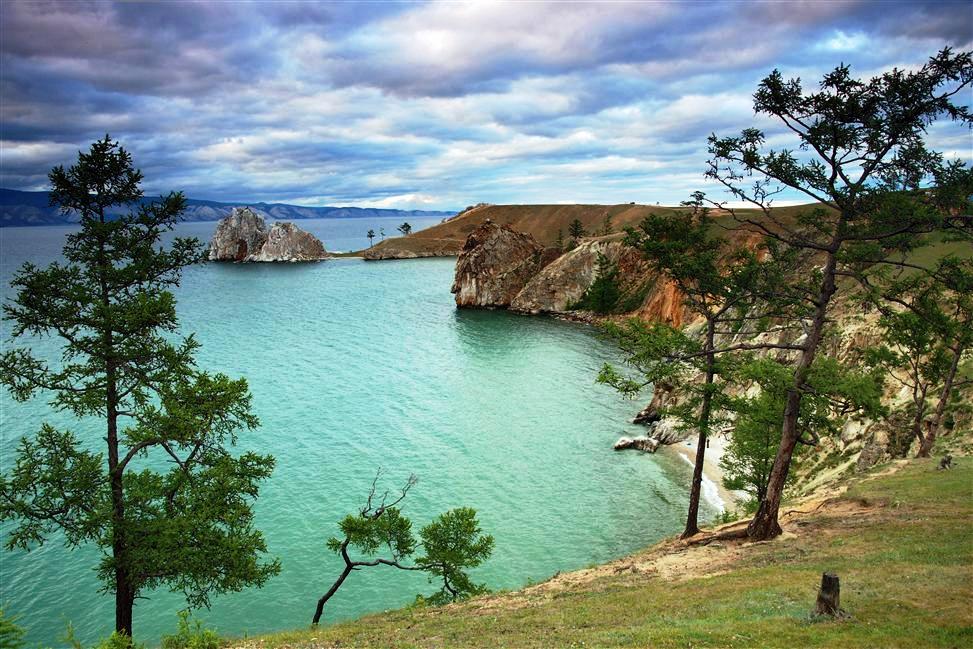 Meeting at the airport, excursion, accommodation 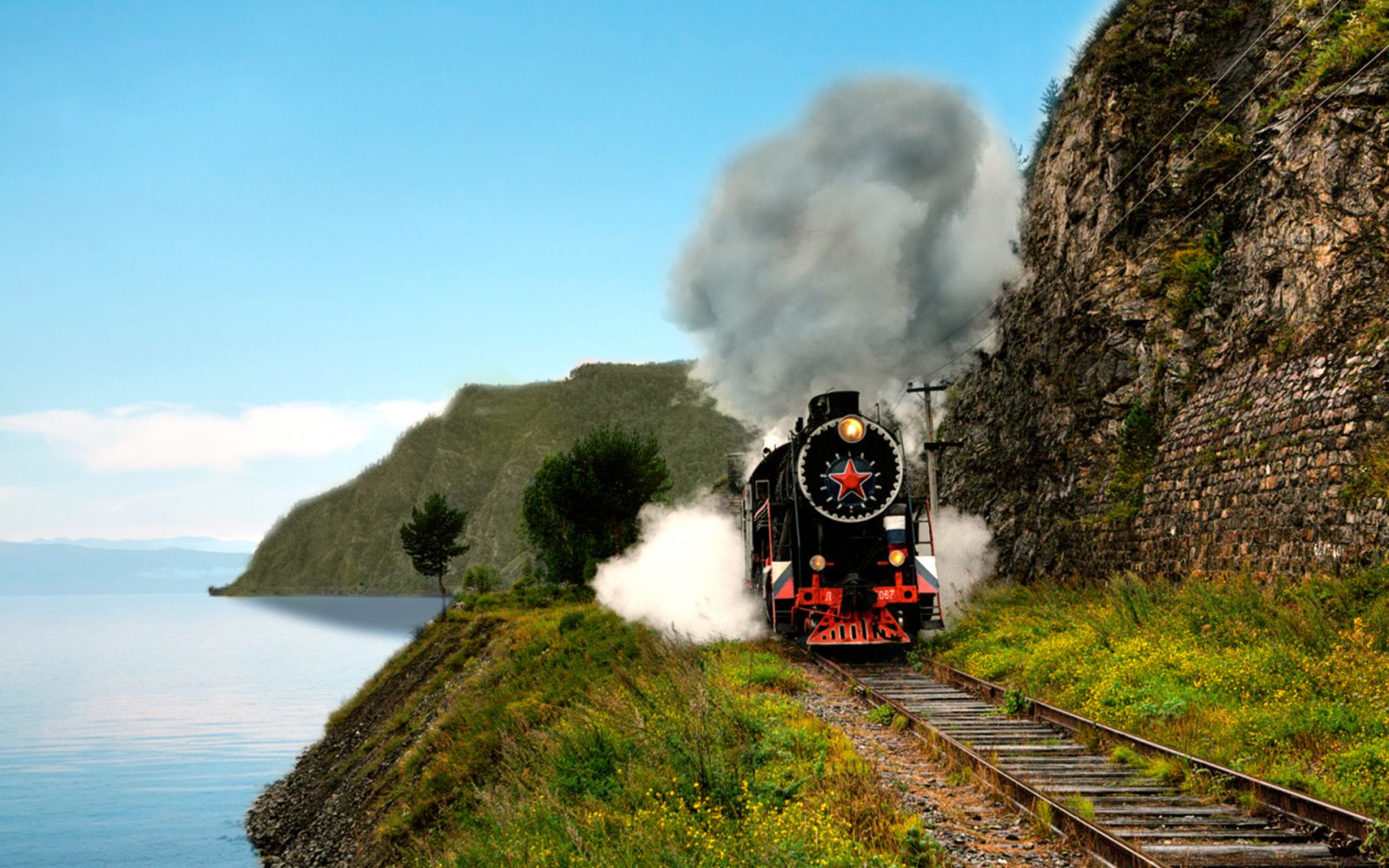 Krugo-Baikalskaya railway is stretched along the southern coast of the lake Baikal for 260 km, from a source of the Angara river up to station Mysovaya. Its western site is especially unique. Circum-Baikal railway is 84 km of a rail way from the port Baikal up to the station Kultuk, 39 tunnels (the general long is 9 063 m), 16 stone galleries, about 400 bridges and viaducts, more than 200 retaining stone walls, tens kilometers of railway embankments. Its construction was begun in the spring in 1902. The first train has passed in September in 1904. Since the 16th of October in 1905 the site “Slyudyanka-Baikal” was put in operation of Transbaikalian railway Management. Accommodation 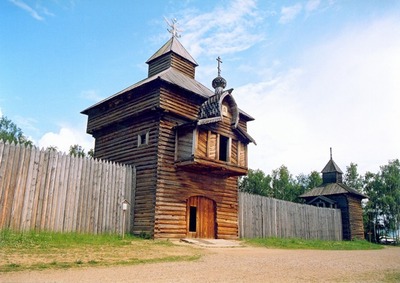 Sandy shores of the bay define its name. The wind blows out sand from under the roots and the trees stand as if on stilts. The bay is unique thanks to its unusual cliffs and their evergreen cedar trees. Baikal Limnological museum The Baikal Limnological Station opened in the village of Listvyanka in 1928. In 1961 the station was transformed into an academic institute. The unique exhibits tell about the origin and the history of the lake, its flora and fauna, geological structure, climate and tectonics of Pribaikalye. Stuffed birds and animals. Collection of minerals. Models of the lake bed showing its history, the peculiarities of its shoreline and bottom. Baikal fish (omul, golomyanka, kharius, sturgeon, taimen, pike). Microorganisms inhabiting Baikal waters and destroying everything that might pollute the lake. Exhibits found in scientific expeditions. You can watch 20-minute film "The Planet's Well" with unique shots made with the help of a deep-sea submersible vessel "Pisces" at the deepest point, 1637 m, of the lake. Baikal Astrophysical Observatory Chersky Stone Shaman Rock Overnight in Listvyanka village 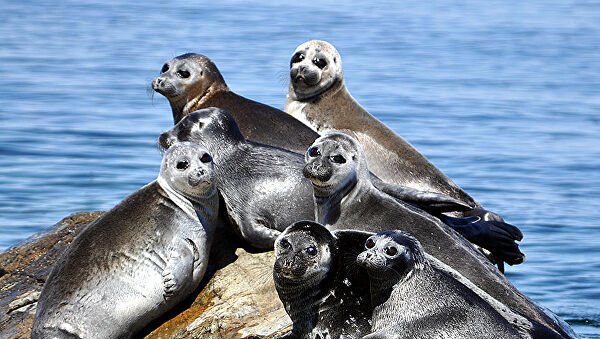 The open-air museum Taltsy is located 20 kilometers away from Listvyanka. The exposition features wooden buildings brought from all over Siberia. Right now, 40 landmarked buildings and 8000 artifacts dated by XVII-XIX centuries are presented as part of the exhibition. The museum complex is divided into three sectors. One of them is devoted to traditional structures of Buryat people inhabited the Irkutsk territory to the west of the Baikal. The largest sector displays the log structures from the Ilim area erected by Cossacks in the 17th-century. Located in a grove, the smallest sector is dedicated to the indigenous nomadic Evenk people, which is believed was the most ancient population lived the area. Golden Horde Ethnopark It is located in a picturesque valley on the way to Baikal Lake and glad to introduce the visitors with unique traditions of native population, being cherished by buryats over the course of history. The Ethnopark serves local cuisine in the most stunning carved yurt (nomads tent), blessed by the head of the local Lamaist temple «Thubten Darjeeling». Made of the valuable wood species, the yurt itself is a unique facility, representing buryat national culture and religious values. Besides there are several yurts were anyone could delve into traditional lifestyle. The local artists and craftsmen conduct regular and special exhibitions, the items on display could be bought as souvenirs. Our guests could also take part in authentic rituals, games, fun and plays, sports events, historical quests and battle reconstructions. Gastronomic, dancing and crafting master classes could be also provided. Overnight in Sakhyurta village

This the biggest island in Baikal, with steep mountains on the Eastern shore. The western shore ends with the many bays of the Maloye More. The island is 72 kilometres long and 15 kilometres wide. Scientists still debate whether "Olkhon" translates as "little forest" or "dry" as both names fit well. Olkhon has a great combination of landscapes and is rich in archeological landmarks. Olkhon is the geographical, historical and sacred centre of Baikal, the heart of many legends and fairy-tales. According to legends, Khan Gutababai came here and was sent by high spirits from the Heavens. He was the head of all khans. His son Shubunkua still lives here as a white eagle. Olkhon has many beautiful places, and everyone discovers his or her own beautiful place on Olkhon. Visit to shaman. Cruise. Ogoy Island is the largest island in the Maloe More strait of Lake Baikal. It has an elongated shape, 2.9 km in length and 0.6 km in width. It is located between the Cape Shara-Shulun on the west coast of the Olkhon Island and Kurminskiy Bay on the western shore of Lake Baikal. The island is uninhabited. In 2005, at the highest point of the island, the Buddhist Stupa of Enlightenment dedicated to Dakini was built at the initiative of the Moscow Buddhist Center. Dinner. At the request of the team, we can order a lamb. Visit to healing springs.

This is the most northern point of Olkhon island. The name comes from an old Buryat word meaning "fang" because of its shape, a vertically oriented marble rock, appearing much like a fang. In the rocks, on the water level, on the cape, there are grottoes up to 22 meters long that can only be seen from the ice in winter. We will also stop at Sagan-Khushun, the “white cape”, one of the most picturesque places in the northern part of Olkhon. The cape has a total length of about 1 kilometer and is made of light colored marble, densely covered with brownish-red lichen patches. 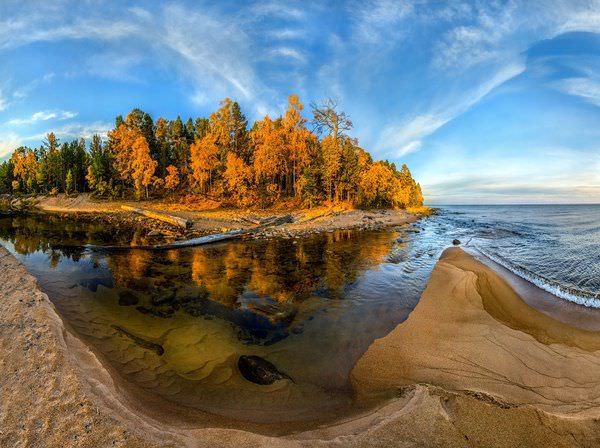 Departure to the southern coast of Olkhon

The highest point of Olkhon is located on its southern coast. This is Mount Jima, which is 1274 meters high. It rises 818 meters above the Baikal. The deepest place of the lake is 11 kilometers from Zhyma. The island has several reservoirs and we will visit it all. Nur, which from time to time merges with the Bay of Zagli; Khanha with many archaeological sites; Shara-Nur is the only salt lake on the island of Olkhon, which is located in the middle of the mountains. In Mongolian, it means "Yellow Lake". Shara-Nur is famous for its waters and mud. Many tourists come here for improve health; Nuku Nur is a reservoir where many organisms live. The first thing we will visit is an observation deck, from where a panoramic view of the village Khuzhir and all the nearby beauties opens. Next we will go to the lake Yalga (Khankhoy), also called the “Frying Pan” because it warms up well in the summer. The lake is notable for the fact that it is separated from the Baikal by a sand bar and is not connected with it. Then we will go to the place of “Semissosny”, where one tall old birch grows (there are practically no birches on Olkhon Island and it is a great rarity to meet a birch tree here). That birch miraculously survived after total deforestation. Than we will go to the place called “Small Khargoy”. This place is famous for the remains of the ancient Kurykan wall. It was found in 1879. The wall extends over a distance of 185 meters. It was created from stones, which are unrestricted. Not far from the Kurykan wall, you can see a ruined ditch 1.5 meters deep. From Horgoy a beautiful overview of the island Ogoy. We walk up to the amazing Cape Kobylya head. This is a picturesque cape, located in the southern part of the island. It is believed that it looks like a horse’s head and is a geomorphological monument of nature. In the area of this cape excavations were carried out. There were found traces of the first people who are already more than 5000 years old. Then we go to Hula Castle is a low cliff, covered with a lichen of a rich lime color, which is more than a thousand years old. We have general festivities and a dinner after returning.

Transfer To The Airport

Want to know more about the event program?
Ask a Question
The price not includes
Give yourself an unforgettable adventure!
And we will make sure that it goes perfectly
Book now